"Strength does not come from physical capacity. It comes from an indomitable will."

I am just another online Entrepreneur and Some of you already know me. When I first discovered Tradetron, I fell in love with it. I immediately crafted a long email to Umeshji, the founder of Tradetron a long email for creating such a beautiful platform.

The website is created. I did some backtesting on Stockmock, another amazing site where you can backtest Index options using various parameters in clickity click. It was amazing to see – Simple Strategies are giving promising returns.

We had also forward tested some strategies since January and We were awestruck that despite slippage and countless other factors; the real numbers were not having a monumental difference from backtesting numbers given a large sample set. (Don’t do two trades and cry if it shows deviation. Do more.)

The best and neat preview of Stockmock You can get is from Jitendra Jain’s tweets – He had shown various backtesting results in detailed for free for everyone – Some of them are profitable!

Telling something as BlackRose Strategy or Wolf Capital attracts smaller retail people who think they are going to get themselves gold plated by God himself.

Anyways, We chose the name Tradepick because I had this domain for quite a time and named the strategies in a cute way. (You may disagree on the cute part.) Anyways, He did the same thing we did.

Anyways, We must applaud for this type of video information because that’s earned him the following and this strengthens the ecosystem. But It will be hard to withstand his entire video (I still haven’t seen 5 minutes of him talking. I am more kind of “reader” person.). The first part of the video is a pure nonsense rant and the second part gives you two sites to explore.

Click here to see his Youtube Webinar where we have shown that How you can make some strategy in Stockmock and Put it on Tradetron.

What is a Tripwire?:

Tripwire: Tripwire marketing is the practice of offering leads a low-cost product with the intention of selling them more expensive products later.

You came to see his free webinar. You ended up paying him 3,000 INR per month and Tradetron 1,000 INR per month. He actually did that! He kept the fee of the strategy 3,000 INR and made lakhs ripping off the retailers. You can do the math.

So, He sort of promoted Tradetron in its infancy, and likewise, their marketing team liked him! 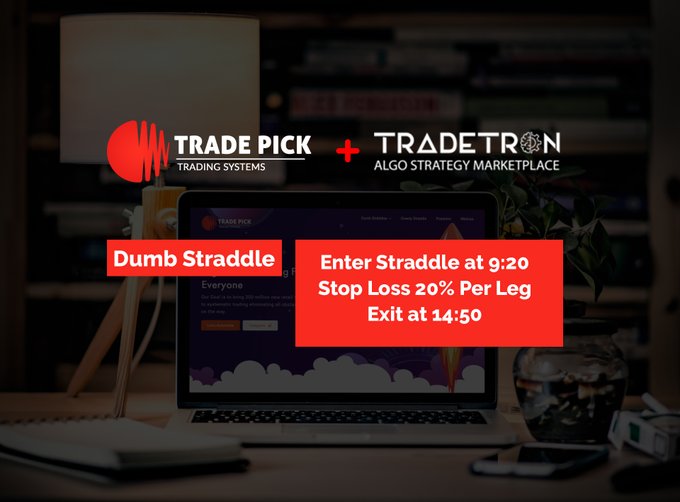 I also did the same thing but my branding as well as the strategy was more strong and was strong enough to become the highest deployed strategy in TradeTron in the following week before he started with his army of fake accounts which I will explain in the next part of this article.

Anyways, This made him angry and sad. It followed with a huge battle in twitter. He threatened in his usual bullying language –

And, That’s exactly what I wanted. It earned the new handle tons of new users who were bankrupted by the almighty himself.

Now, Episode 2 comes in another article! 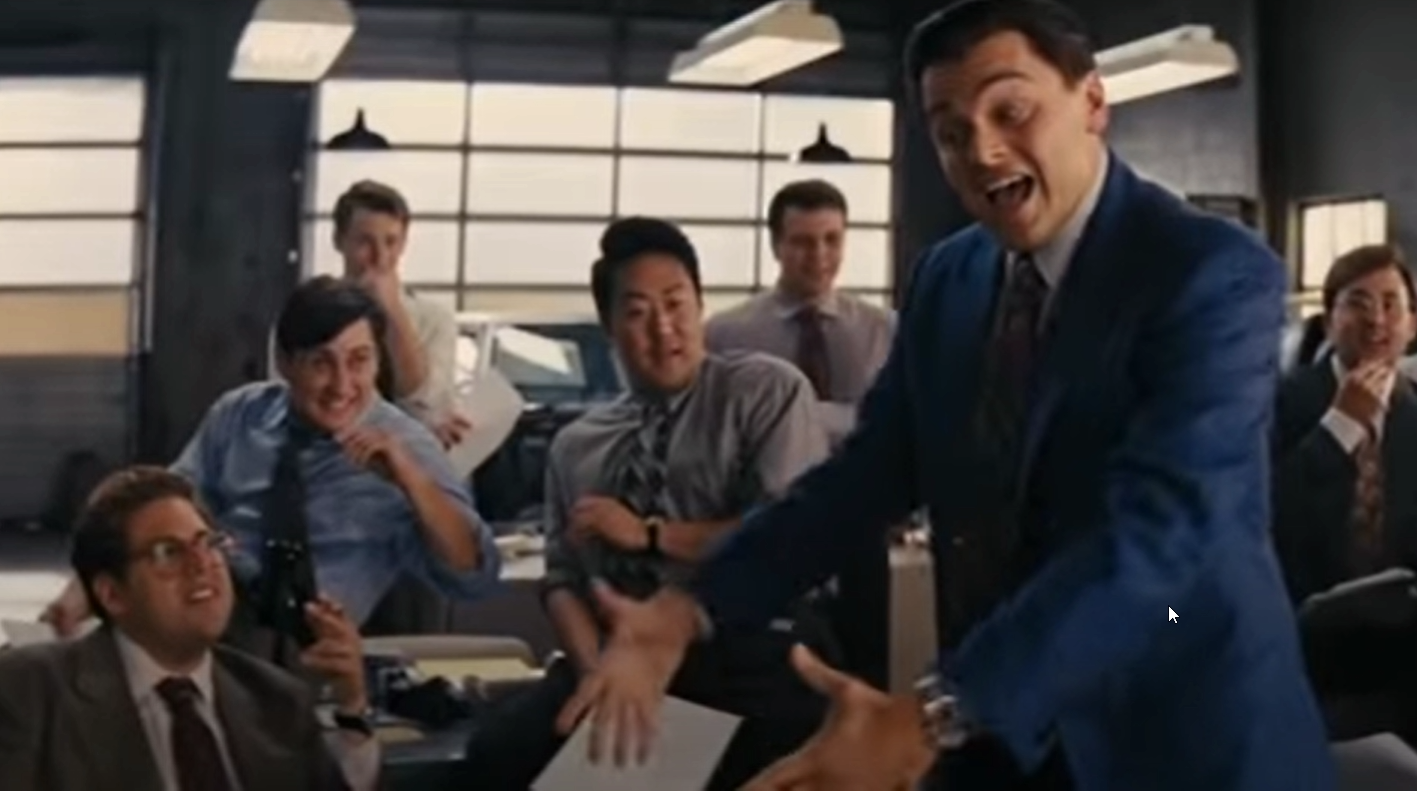 Remember this scene from Wolf of the Wall Street?

The strategy performed extremely bad in all metrics possible and it was declared “Strategy of the Month”. I started a discussion on what basis it was chosen. It triggered ripple with many users and Here is Tradetron’s Reply –

“Currently solely managed by the marketing team. We will come up with a better system for such promotions. Will keep everyone posted.” Refer –

Currently solely managed by the marketing team. We will come up with a better system for such promotions. Will keep everyone posted.